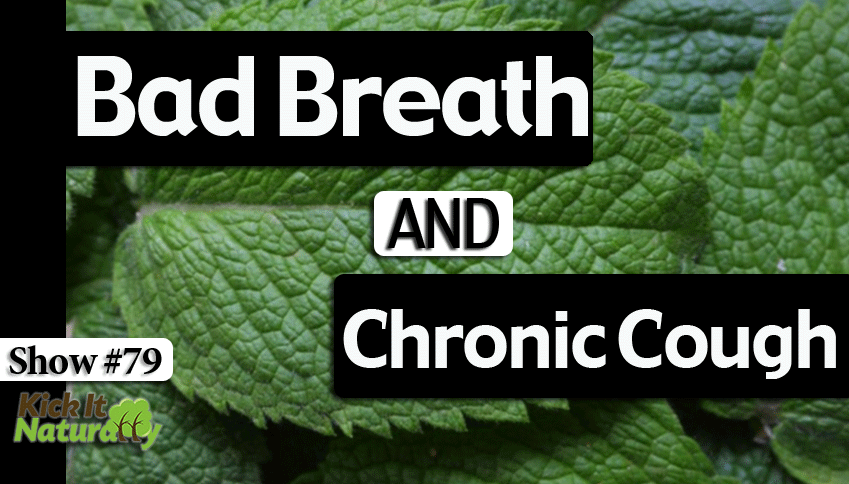 Having bad breath isn’t just socially awkward.  While sometimes it’s just because you had spicey garlic chili sauce on your burrito for lunch, other times it can be indicative of gastric bacterial overgrowth and also of metabolic imbalances.  As such, it can be an indication that there is some internal sanitation work to do.   Chronic coughs can keep you up at night, causing insomnia and fatigue.  They can also be indication of bigger, systemic issues.  Listen in as Tony, Will and Kinna delve into the common causes of bad breath and chronic coughs.  You’ll learn how to detect what’s most likely causing either of those issues in your case.  You’ll also learn about natural steps you can take to help correct body chemistry imbalances commonly act as contributing causes of those annoy symptoms.